END_OF_DOCUMENT_TOKEN_TO_BE_REPLACED

RESTAURANT NEWSContrary to Sudden Panic, the Burren in Somerville Is Not Closing 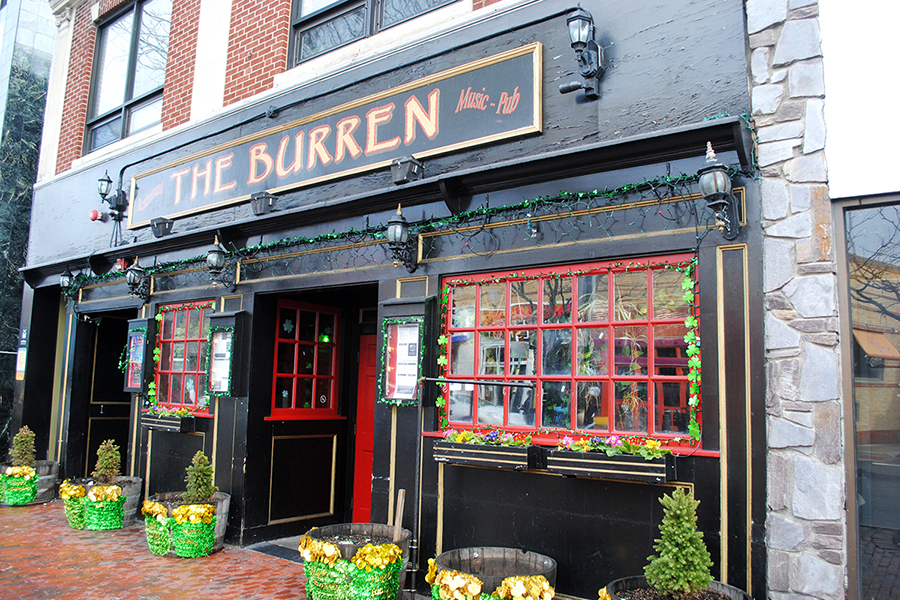 The Burren is a landmark in Davis Square, a Somerville neighborhood poised for redevelopment. / Photo by Greta Jochem

Davis Square is poised for big changes, as the City of Somerville is currently putting in motion a major neighborhood plan for its long-term future—one that would impact everything from housing to traffic to commercial space. At the same time, international co-living developer Scape, the same U.K.-based firm that’s currently fighting residents of the Fenway over a Boylston Street proposal, has just purchased an Elm Street block that’s central to the makeup of Davis Square—and home to the Burren, one of the Boston area’s most legendary and beloved Irish pubs.

Banker & Tradesman broke the news about Scape’s near-$10 million Somerville acquisition on Tuesday, though the British firm signed a 99-year lease for the Somerville property on July 19. Scape has presented “preliminary ideas” to Somerville officials, but hasn’t yet submitted any formal applications for development. A public process will begin before those documents are filed, B&T reports.

Scape has also reached out to Elm Street business owners “and has an agreement to keep The Burren open,” according to the Boston Business Journal.

Open since 1996, the Burren is an Irish music institution in Boston, and one of the area’s best Irish pubs. The sale to the Scape also includes dining options like Jae’s Cafe and an outpost of When Pigs Fly bakery, as well as McKinnon’s Meat Market, a neighborhood mainstay since the 1960s. The fate of these other venues remains unknown.

On the other side of the river, Scape has proposed a 533-bed student-housing development on Boylston Street in the Fenway neighborhood, and has also acquired the nearby Trans National Building. The company is additionally poised to buy a 1.1-acre parking lot off of Beacon Street, the Boston Globe has reported. The company has properties in England, Ireland, and Australia that offer small, below-market-rate housing aimed at older undergrads and graduate students but operated independently from any particular school. The properties offer 51-week leases and amenities like a gym, on-site laundry, and common spaces.

But the first of those three Fenway projects recently hit a snag, after Boston Planning & Development Agency staffers sent Scape back to consider making housing for working families as well as students. City officials, echoing opposition from neighborhood groups and residents, argue the proposal violates a 2004 zoning regulation forbidding dorms on Boylston Street.

Scape appears to be getting ahead of the tide of public opinion in Somerville.

“We remain excited to bring an innovative approach to urban living in Boston and beyond. As we look to potential projects in Somerville, we are fully committed to a transparent process that engages all stakeholders as we move forward on specific plans over the next few years,” Scape USA CEO Andrew Flynn said in a statement. “We look forward to working with the neighborhood, community stakeholders and the Somerville Planning staff.”

The Office of Strategic Planning & Community Development recently adopted a long-term Davis Square neighborhood plan. In the works since 2013 and the first comprehensive action plan in place since before the Red Line opened in Davis Square in 1984, the new plan looks at everything from reconfiguring the main intersection, to potential ways to stimulate economic growth. The City of Somerville is accepting public comments about the plan through August 16, and will present it to the Planning Board on August 22—so now’s a good time to get informed and remind your leaders just how important the Burren is to the fabric of the community, Somervillians.

Boston Daily: The best of the city delivered every morning