END_OF_DOCUMENT_TOKEN_TO_BE_REPLACED

With Roots in Tehran, a New Bakery Opens in Cambridge

With Roots in Tehran, a New Bakery Opens in Cambridge

Soheil Fathi’s sourdough bread is a showstopper at the recently opened La Saison Bakery, but don’t miss the brownies and cookies

TuckedTucked away in a mostly residential part of Cambridge, just a few blocks east of Fresh Pond, the small space at 407 Concord Ave. has housed a succession of bakeries: Violette Gluten Free Bakery, Brit Bakery, and now its newest tenant, La Saison Bakery, which is poised to become a local destination for sourdough bread and more.

While La Saison Bakery is new to Cambridge, its roots stretch back about two decades, several financial challenges, and 6,000 miles to baker and co-owner Soheil Fathi’s home in Tehran, Iran. When Fathi was a child, his father was a wealthy man, but he went bankrupt 20 years ago, prompting Fathi’s mother to start baking brownies, cakes, and other pastries at home that Fathi, then a teen, would deliver to local coffee shops. The brownies, in particular, were a novelty in Tehran. “It was not common to have American-style pastries” at the time, Fathi says. But his mother’s side of the family lived in the United States, and that’s how she was familiar with American-style baking. 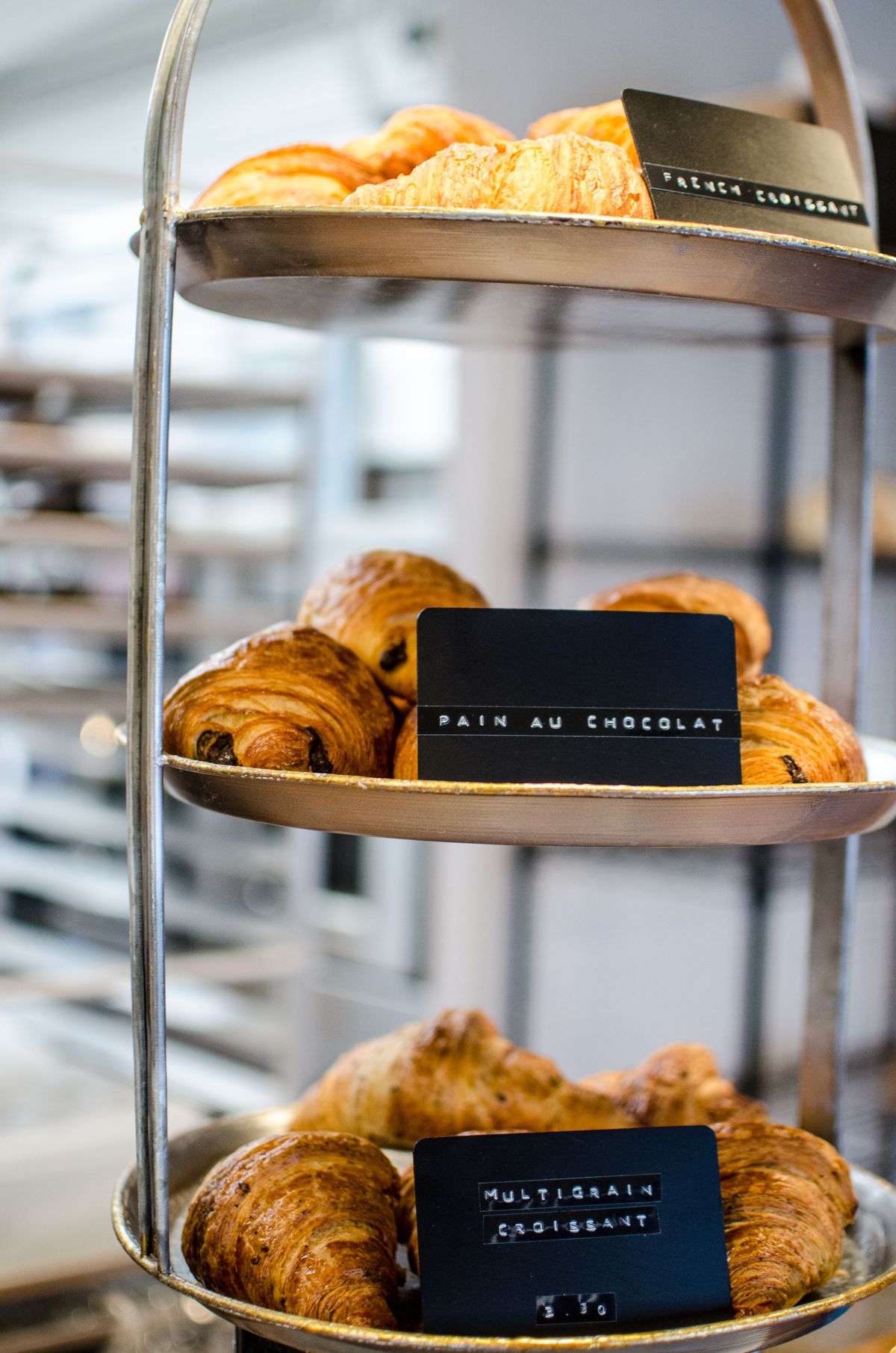 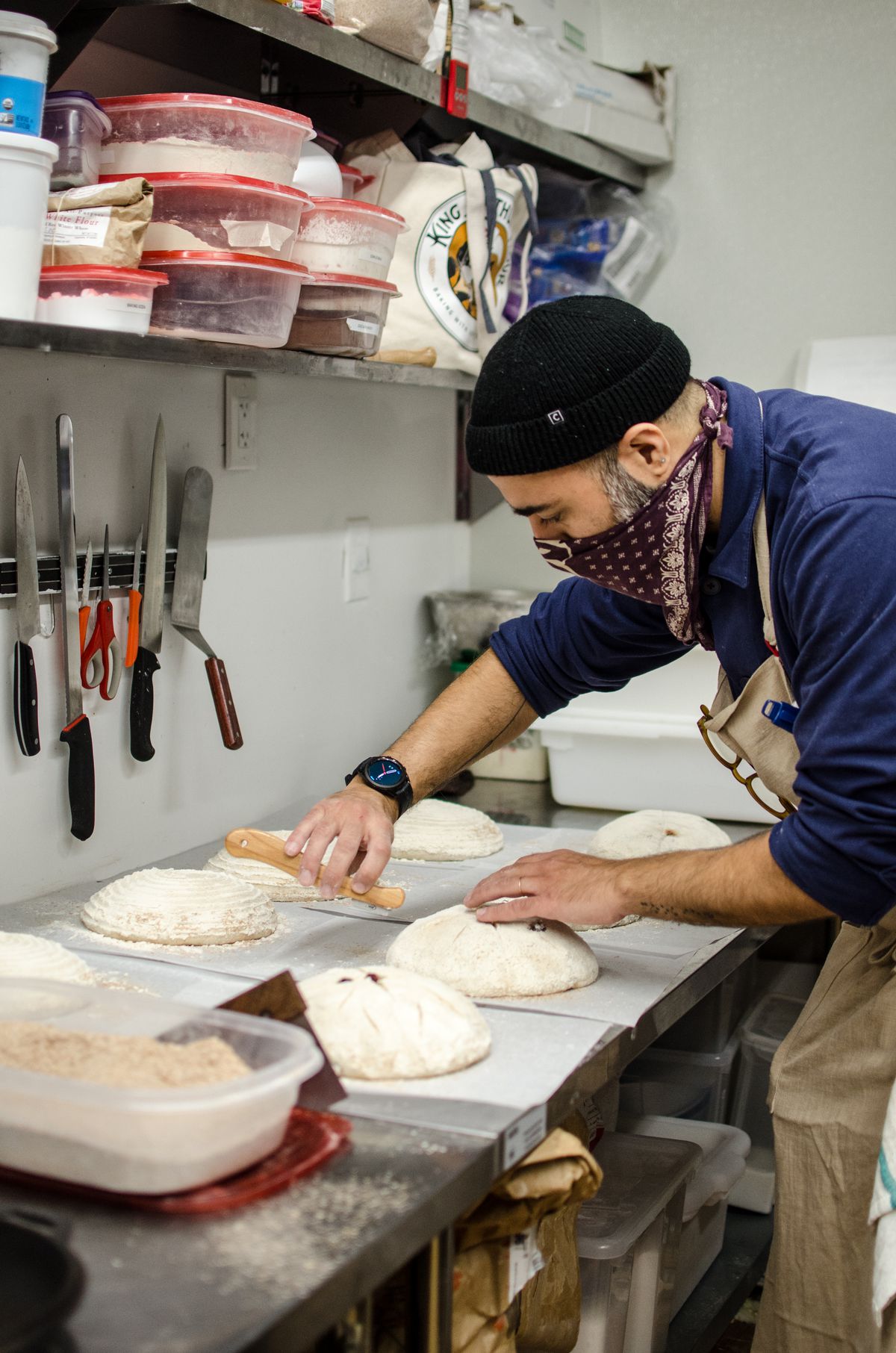 Fathi went on to earn degrees in material engineering, business management, and English literature, but he ultimately “got sucked more and more into the pastry world,” he says. The pastry brand born in his mother’s kitchen eventually expanded to several retail stores, a cafe-bakery, and, in 2007, the first incarnation of La Saison, a high-end chocolatier.

“It was super, super luxe,” says Fathi of the original La Saison in Tehran, explaining that the city was so wealthy at that time. “We wouldn’t know how to spend the money, so we were selling chocolates with gold leaf, Dubai-style. Everything extreme.”But when a wave of sanctions hit the country around seven years ago, the economy tanked. “We couldn’t survive,” says Fathi. “We had to stop the business, so we moved ourselves to the United States and started again.” 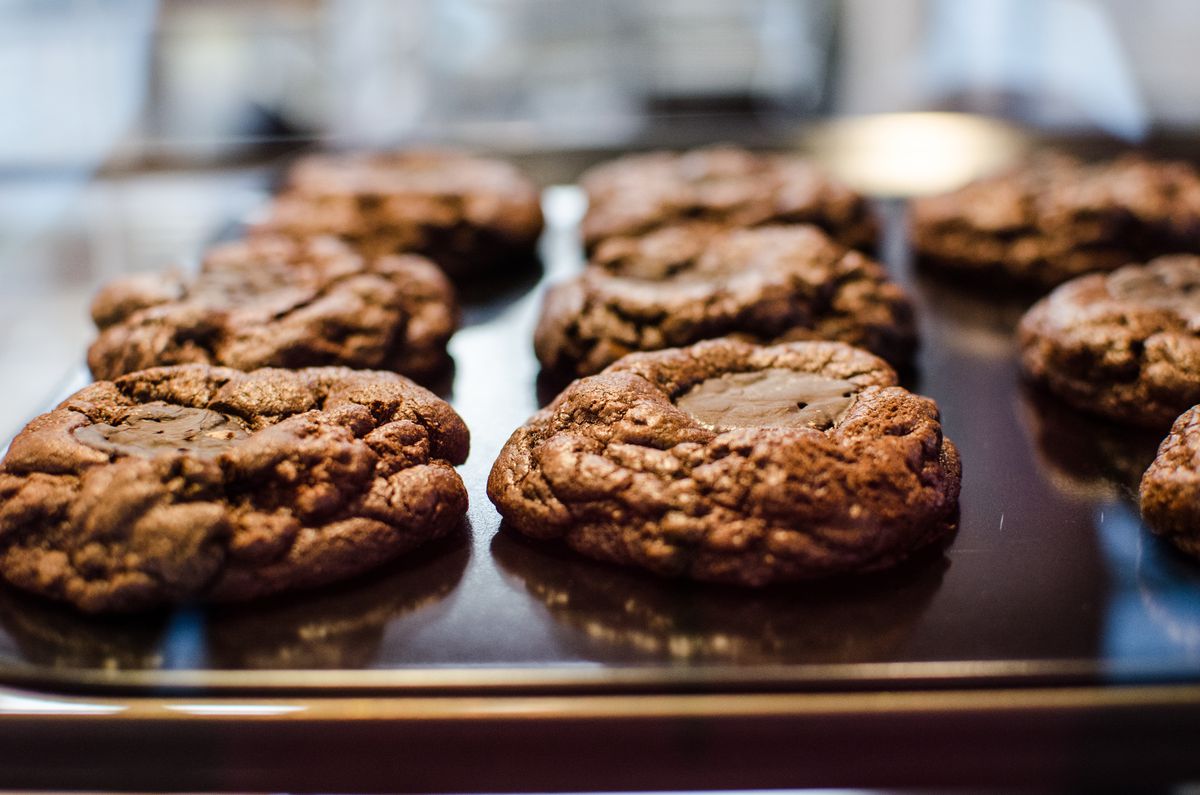 It took some time, but Fathi arrived in Cambridge about four years ago and ended up getting a job as a pastry chef at Flour Bakery before striking out on his own, opening the new La Saison with co-owner Sarah Moridpour last month. The bakery is a short walk from Moridpour and Fathi’s own house, as well as Moridpour’s parents’ house, so it’s a building they passed frequently for several years, wanting to find a way to get the space somehow. When Brit Bakery went out of business earlier this year, they knew they had to take their chance, despite the pandemic.

Now, just a few weeks in, Fathi and Moridpour are already seeing a constant flow of regulars clamoring for fudgy marble brownies (a throwback to Fathi’s early days in Tehran), cookies, breads, and more. 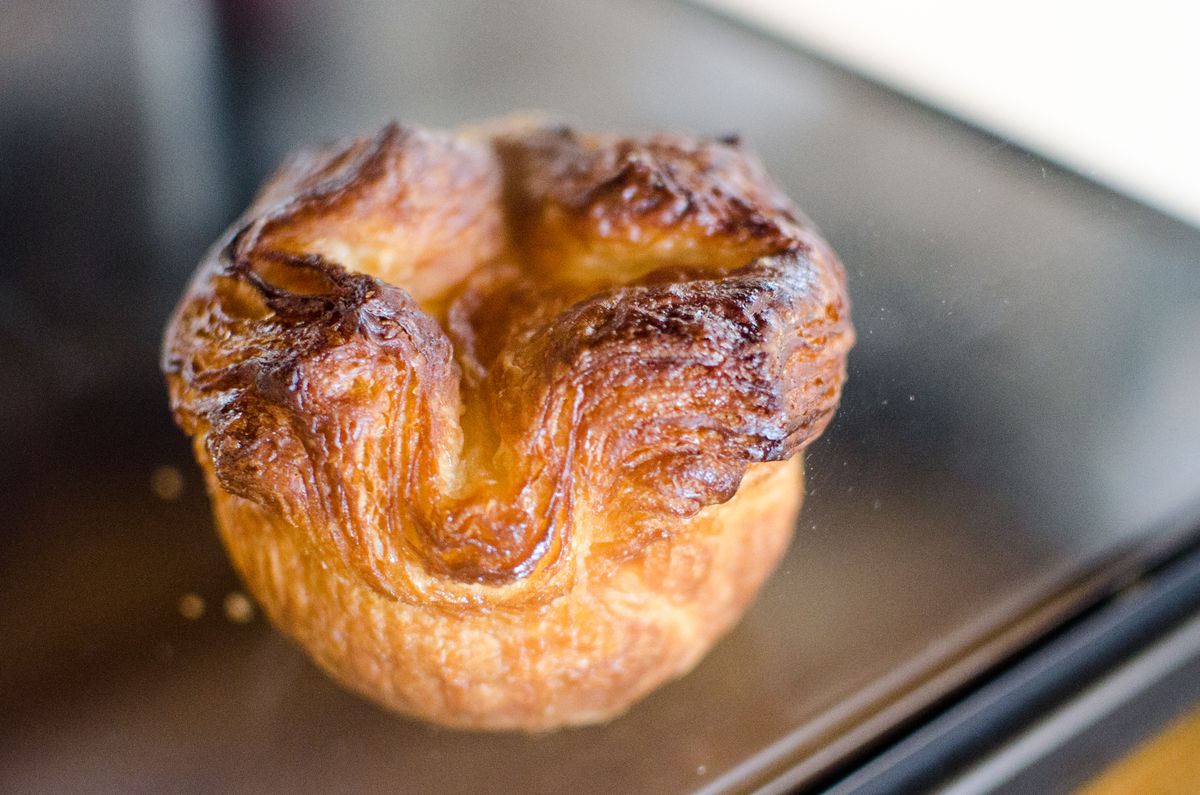 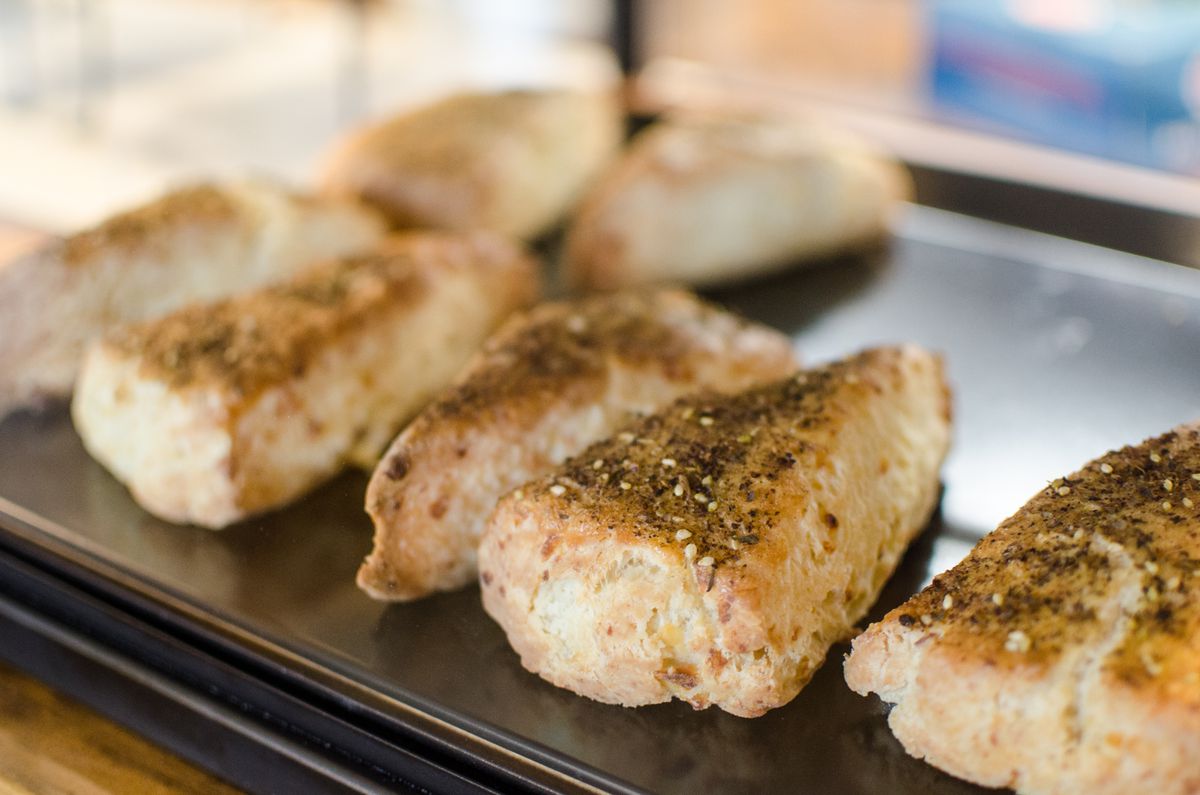 The cookies, too, recall the America-meets-Iran melding of Fathi’s early culinary experience. “When I was around five years old, my grandparents and my aunts and uncles and everyone used to live in the United States,” he says. “When you come to Iran from the US, it’s like coming from Mars. They used to bring us Mrs. Fields cookies. That’s the smell and taste of America to me, that brown butter.”

He perfected his own version of a classic Mrs. Fields cookie over time, and it’s a standout among the La Saison lineup.

But the star of the show just might be the sourdough breads, which come in plain, fig and walnut, or cranberry pecan varieties. “Our sourdough has a high percentage of hydration,” says Fathi, “and I don’t put any additives. Water, salt, flour, that’s it. The crust is so moist and the crumb is so moist that you can make a sandwich out of it. It’s a little bit different — not too sour.”

The sourdough will hopefully come into play in another way soon, too: pizza and wine nights, if La Saison’s alcohol permit is approved. “We’re going to have really simple sourdough pizza, match the pizza with wine, that’s it,” says Fathi. “Nothing fancy, nothing crazy. The fanciness is going to be through the ingredients, mostly.” 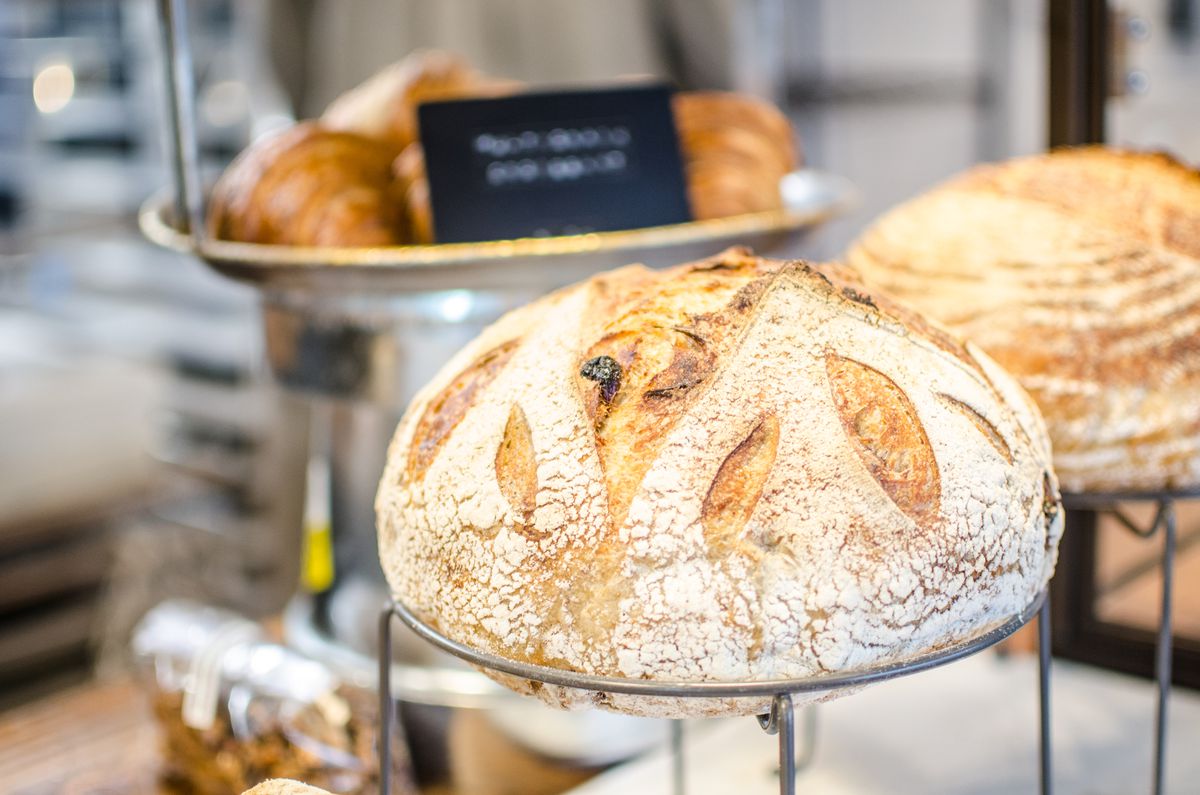 The daytime menu will also expand as Fathi and Moridpour get into a rhythm; eventually there will be eclairs, cakes, and more, as well as Fathi’s chocolates, of course. Like the bread, they’ll be made without anything extraneous. “Cream, chocolate, and butter,” says Fathi.

La Saison is currently open for takeout Wednesday through Sunday, 8 a.m. to 4 p.m., although it’s best to arrive as early in the day as possible as everything is made in small batches and may sell out. The breads, cookies, and brownies are joined by a few other treats, such as croissants and kouign-amann pastries, as well as a variety of cafe beverages. Watch Instagram for updates on hours, specials, and — hopefully one day soon — pizza and wine nights.